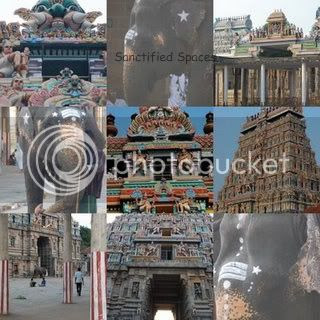 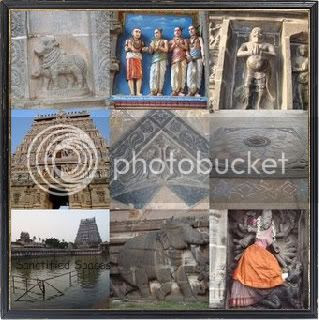 According to Wikipedia,"Lord Shiva in his manifestation of formlessness is worshipped in Chidambaram. The Lord is said to continuously dance in a state of eternal bliss "Aananda thaandava", with his consort Sakthi or energy called Sivagami. A curtain covers this space which when drawn reveals strands of golden ‘Vilva’ leaves hung to indicate the Lord’s presence. The curtain is dark on its exterior side (indicating ignorance) and bright red on the interior side (indicating wisdom and bliss). 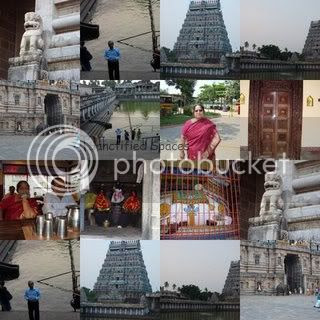 During the daily rituals, the Chief priest, of the day, himself in a state of Godliness - Shivohambhava (Shiva - the Lord, in His Sandhi form - Shivo-, aham – me / us, bhava - state of mind), parts the curtain, indicating the withdrawal of ignorance and reveals the space, and the Lord’s presence.
The Chidambara Rahasya, is hence representative of that time when one, in total surrender, allows God to intervene and remove our ignorance, even as we get to 'see and experience' His presence and hence - bliss."
Posted by Sanctified Spaces at Tuesday, November 25, 2008 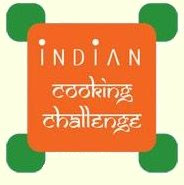 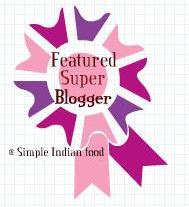